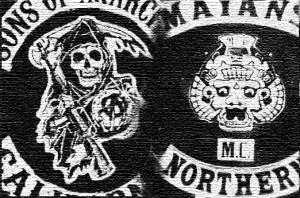 The Sons of Anarchy TV show was a mixture of fact and fiction.  They got some things right and many things wrong. END_OF_DOCUMENT_TOKEN_TO_BE_REPLACED 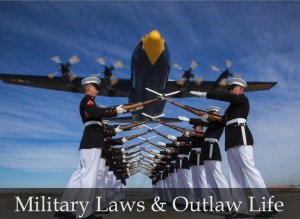 I went on to explain to him that it is like back when he was an active duty Marine.  END_OF_DOCUMENT_TOKEN_TO_BE_REPLACED

First off, all cops start of like the average Joe Blow on the street who has been inundated with biker movies and TV shows over his or her life.  And as I say repeatedly the entertainment industry does not care anything about the truth.  They care about one thing, END_OF_DOCUMENT_TOKEN_TO_BE_REPLACED

Before I started hanging round with my MC I was one lazy ass biker when it came to riding with my buddies. In those old days when my biker “brothers” and I would head out somewhere we were a disorganized loose-knit group of riders headed down the road. We road like a disorganized, undisciplined mob going down the highway. It was nothing like when I ride with my MC now. Now we ride tight and fast, and we definitely know what we are doing, riding two by two row after row, moving like a rumbling and roaring train going down a track. That is how it is now, but that is not how it started out for me the first time I rode with the pack, hard, tight and fast. I thought I would die, but I was instantly addicted to it! I wanted more. No, I needed more. I don’t remember if END_OF_DOCUMENT_TOKEN_TO_BE_REPLACED